You are here: Home1 / Brazil

It all started with bossa nova – for me as it did for many others. Wikipedia defines bossa nova as a “lyrical fusion of samba and jazz”. While there is some truth in this definition, it is also misleading. It is true that some (but not all) Brazilian musicians, while working to modernize the samba, listened to North American jazz, particularly white cool jazz. It is true that some jazz elements went into some parts of bossa nova. It is also true that earlier North American influences can be uncovered in Brazilian music, particularly from the crooners, not least Sinatra. It is also true that some North American jazz musicians visited Brazil; but what they found was a fully developed style, which they took back to the US. It is amazing how many jazz musicians in the US made a bossa nova album around 1962.

What is missing from the standard accounts is the independent music culture of Brazil itself. For instance, the choro and samba player Pixinguinha visited Europe in the 1920s before any North American jazz musician did. The Brazilian music culture has been an important part of the never ending negotiation of a Brazilian cultural identity. For this reason, it has been deliberately manifestly inward looking in order to avoid “imperialistic dominance”. Thus, most Brazilian musicians mainly  find their sources and inspiration in their own rich music culture in an ongoing interpretation of the tradition. The aim of the blog is to contribute to the understanding of this cultural aspect of Brazilian music. It will start with bossa nova, but go beyond into the sources within the national musical prehistory and also into the post bossa area which in many ways is marked by aspects of bossa nova even when it mostly wants to liberate itself from it.

The blogger Daniella Thompson, whom I admire very much for her profound knowledge, has run Musica Brasiliensis for many years. It contains reviews, features, discographies, radio programs, etc.

Discos do Brasil is a very thorough source of information about Brazilian records throughout the entire recording history (in Portuguese). 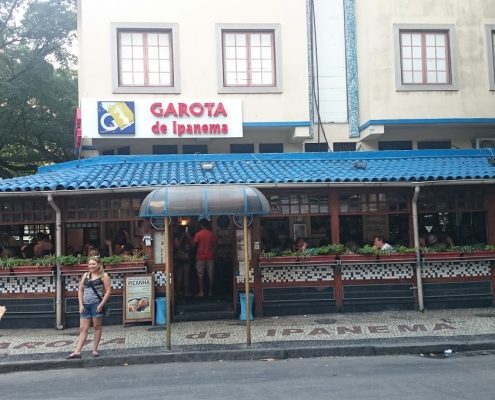