You are here: Home1 / New Orleans

Most people know some music from New Orleans. For instance, the early jazz with its collective improvisation; or the great early soloists like Louis Armstrong or Sidnet Bechet; or the great innovator Jelly Roll Morton; or some of the early rythm and blues masters like Fats Domino, Lloyd Price or even Professor Longhair; or the socalled revival in the 1950s with Kid Ory and other veterans; or later rythm and blues masters like Dr. John and Allen Toussaint; or the Meters and the Neville Brothers; or …. Many people will also know music without recognizing that the musicians are from New Orleans, or that the music was recorded there.

However, this blog is mainly about the traits that unites all these forms of music across times and styles. The interesting thing about music culture in New Orleans is the unique history which has formed all music from New Orleans and which is audible in all the various styles. People in New Orleans knows about it. Musicians grow up with it. It is a common heritage they all share, and it enables them to cross the borderlines between styles much more easily than elsewhere; in fact, they probably experience no borders. But few people outside New Orleans are aware of the full picture. It is a history shaped by the special conditions of the slaves in French Louisiana, by French culture and catholicism, by the experiences of the black creole community under American government; by the influx of blacks from the surrounding American states; by Storyville; by the strong segregation and by many other factors. It is a deeply fascinating story.

The local community radio is WWOZ. On https://www.wwoz.org/ you can both stream live radio and find lots of information. Among other things, you will find the entry ‘Takin’ it to the streets’ where the upcoming parade is announced.

Another important source of information is the magazine Offbeat with insightful features on the music scene. On the website http://www.offbeat.com/, you will find an overview of all the music events in the city. 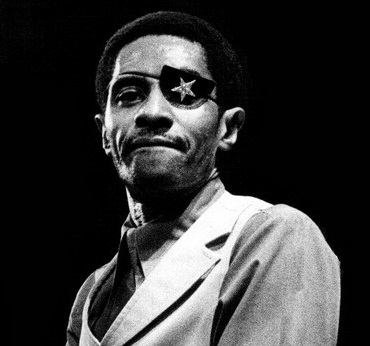 Piano legend James Booker stands out as a somewhat solitary but absolutely unique figure in the music history of New Orleans. Allen Toussaint and Dr. John have called him a genius. But his idiosyncrasies, lifestyle and drug habits impeded him from fully realizing his huge potential.
http://roots.life/wp-content/uploads/2017/01/James_Booker-resized.jpg 346 370 Karsten Klint Jensen http://roots.life/wp-content/uploads/2016/11/logo300.png Karsten Klint Jensen2017-04-25 00:09:492020-02-12 23:19:41James Booker